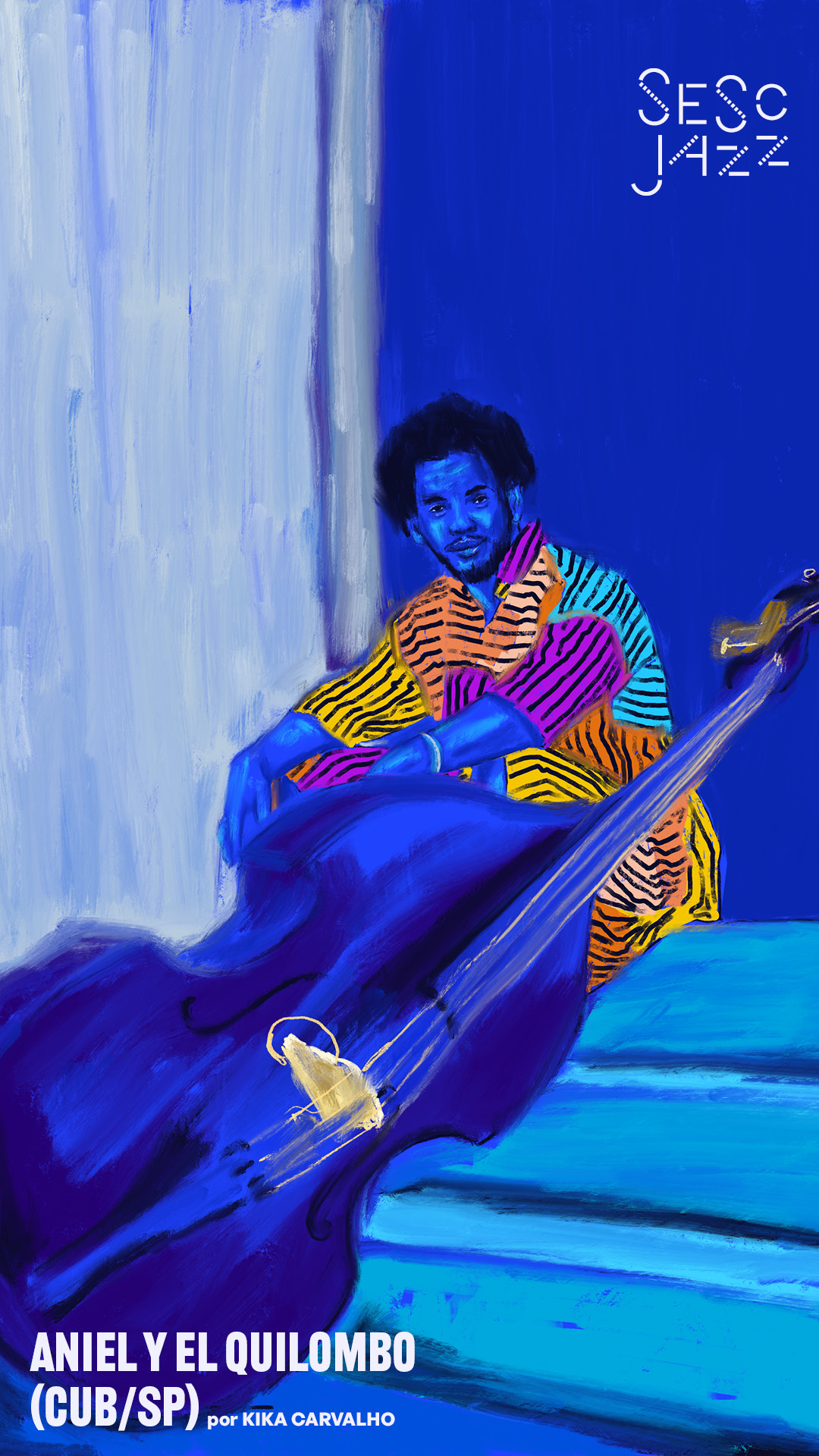 Born into a family of musicians, he grew up wanting to be a professional baseball player before settling for music. Despite already knowing how to play the guitar, he decided to play the bass after being introduced by an uncle to the music of Oscar Peterson. An injured knee made him give up baseball and embrace music. With a degree in Arts and Music from renowned Amadeo Roldán conservatory, in Havana, Aniel built his international career playing acoustic and electric bass in the United Arab Emirates, Central America and, currently, Brazil, where he arrived in 2014 and has ever since been investigating the points of convergence between afro-cuban and afro-brazilian musics. In 2018, he released his first album, “Quilombo”. Aniel has collaborated with Xênia França, Pepe Cisneros, Dona Iná, Felipe Lamoglia, Luedji Luna, Jorge Ceruto, Nelson Aires, Nailor Azevedo, Joaquín Betancourt. In this show, he presents a set filled with original tunes and his versions to Cuban classics with influences of jazz and afro-cuban and Brazilian traditions.