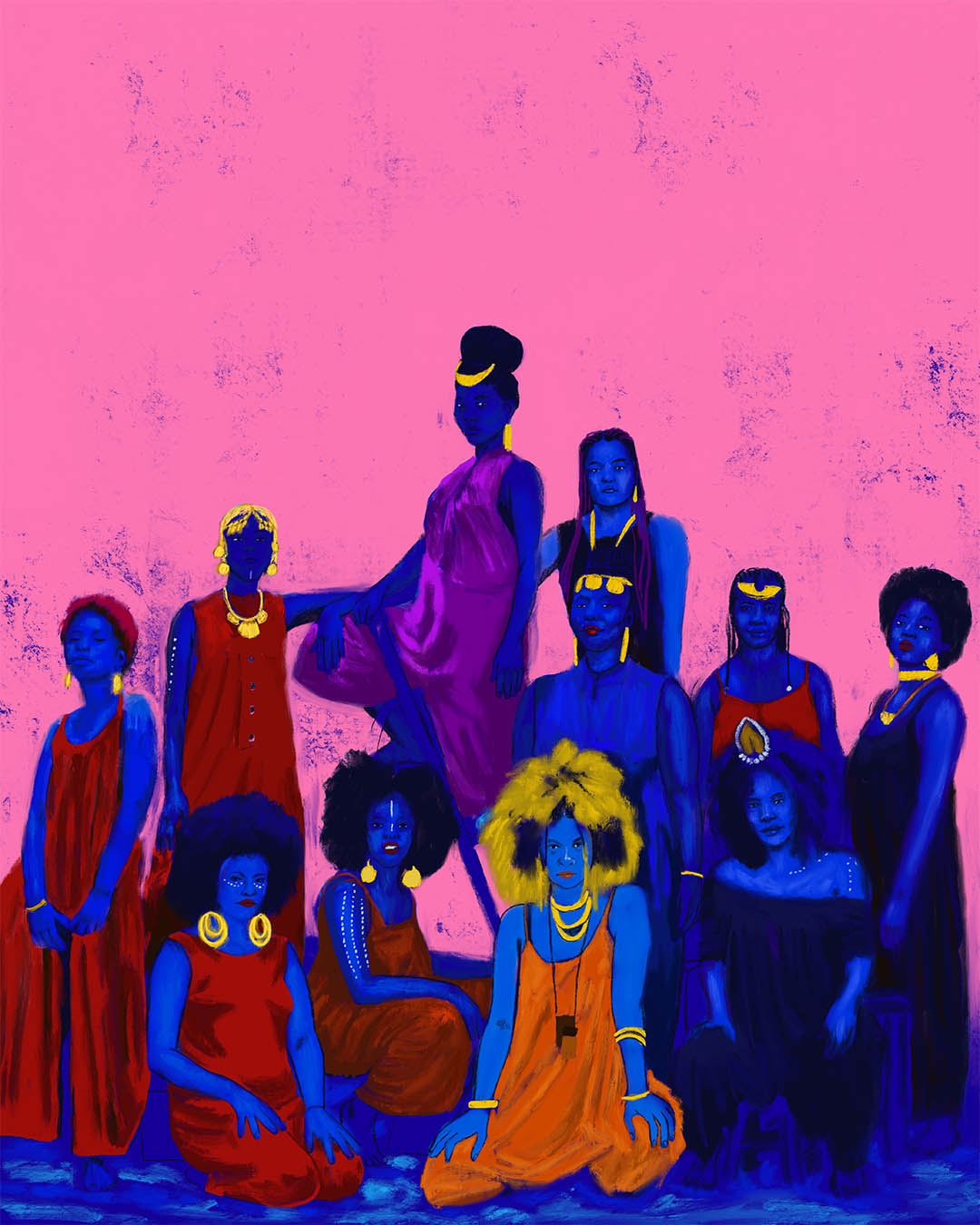 “Luto é verbo” – a human rights catchphrase that quibbles with the meanings of “luto” as a depreciative noun/verb (mourning / I mourn) and an affirmative verb (I fight / I struggle) – would be well suited as a motto for the São Paulo based afrobeat collective Funmilayo Afrobeat Orchestra, formed by women and LGBTQIAP+ people, that boasts its power loud and clear wherever it goes. Created in 2019 by songer and saxophonist Stela Nesrine and by trumpeter Larissa Oliveira, the band pays tribute to Nigerian activist Funmilayo Anikupalo Kuti, leader in the women’s rights movement in her country and mother of Fela Kuti, the creator of afrobeat, a musical genre that combines elements of jazz, funk, highlife and african percussion. These same rhythms define the sonority of Funmilayo, who released their first single, “NegrAção”, in 2019, as a tribute to carioca councilwoman Marielle Franco, murdered in 2018. For the last two years, the orchestra has intensified their investigations of the rhythmic patterns that spread throughout Africa and the diaspora, such as salsa, samba, funk, jazz, as well as afrobeats, and is now preparing to return to stage. And, guess what, there’s more to come!