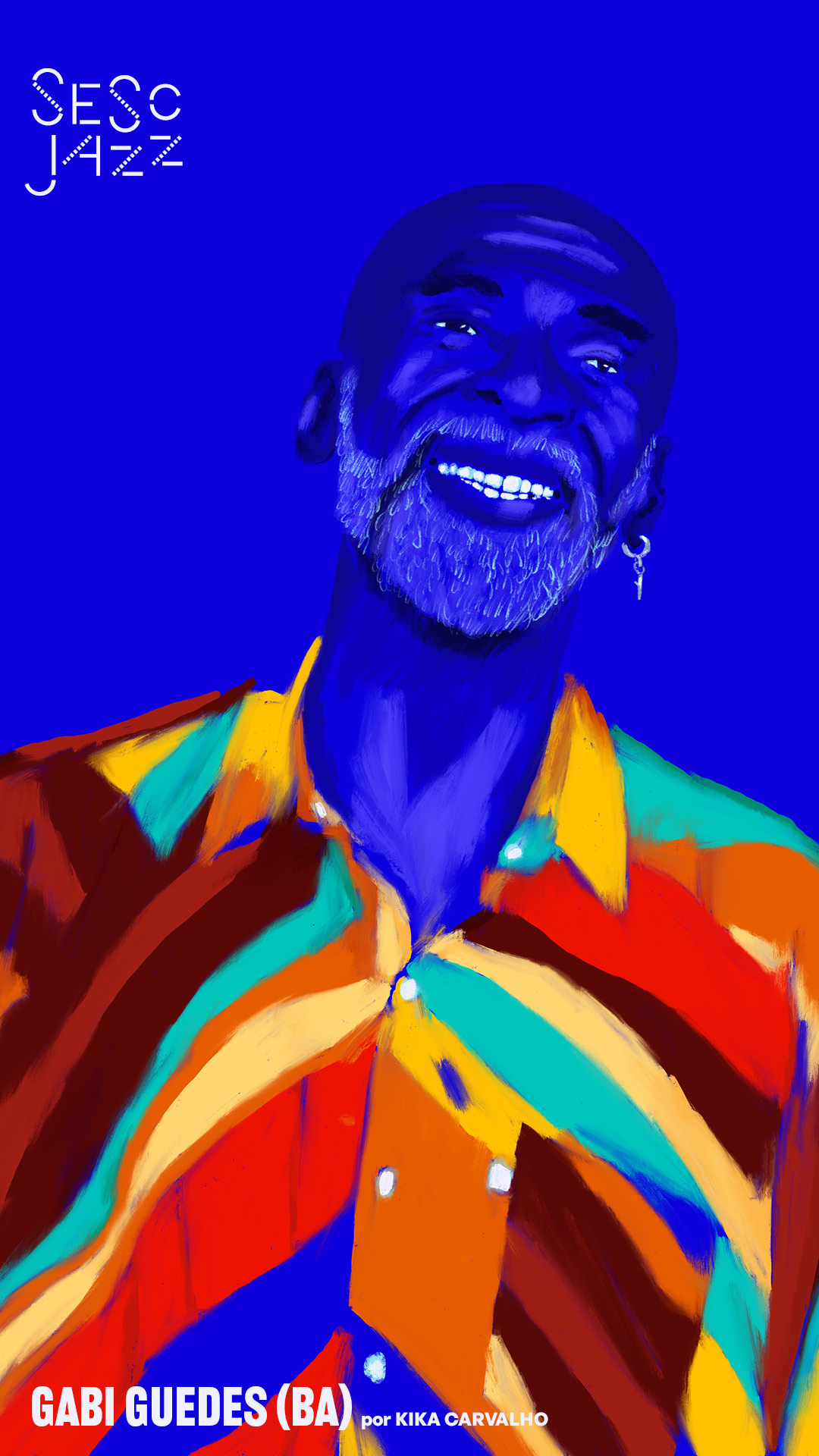 Gabi Guedes exudes ancestral knowledge, spirituality and belonging. Born in Alto do Gantois, Salvador (BA), he grew up alongside iyalorixá* Mãe Menininha and the sounds and beats of the drums. Drum master and filho de santo* at Ilê Omin Axé Iyá Massê / Terreiro do Gantois*, Guedes is a member of Orkestra Rumpilezz and has played with Margareth Menezes, Lazzo, Gerônimo, Armandinho, Paulo Moura, Hermeto Pascoal, Jimmy Cliff and The Wailers. In this show, he presents the project PRADARRUM, that intends to pay homage and keep the memory of great iyalorixás* and alabês* alive, strengthening their legacy of struggle and resistance with a fusion of rhythms and melodies from Ketu, Gêge and Angola nations with salsa, samba, funk and jazz. Singer and composer Ellen Oléria joins the performance, filled with tunes originated from terreiros and african religious rhythms such as the songs “Encruzilhada”, “Senhor Mãe” and “Engaramenço”.

Terreiro: literally translated as a “yard”, a terreiro is a term used to indicate the whole physical, social and hierarchical structure of a house of worship in afro-brazilian religions such as Candomblé and Umbanda.

Iyalorixá: also known as a mãe de santo (freely translated as “mother of saints”), iyalorixá is the Yoruba term designating the priestess who runs/leads the terreiro. The male version is known as a pai de santo (father of saints) or babalorixá.

Filho de santo: a person initiated in one of the afro-brazilian religions.

Alabês: generally speaking, alabê is the person responsible for the musical direction and maintenance of the musical instruments in a terreiro.