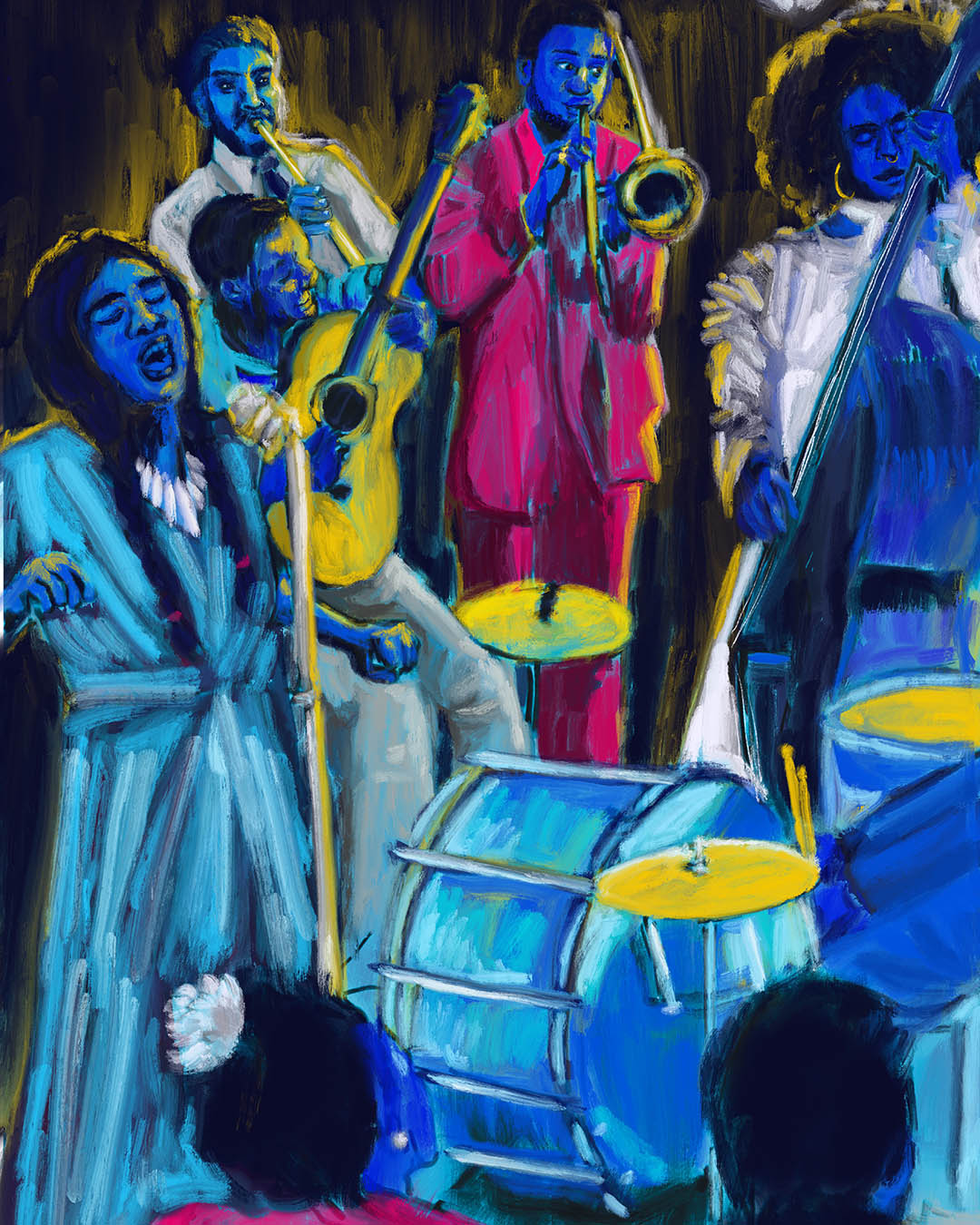 Capixaba (born in the state of Espírito Santo) artist Kika Carvalho is the author of the illustrations of the 26 artists that perform in this year’s Sesc Jazz festival. Graduated in visual arts, her career began at 17 with graffiti and is one of the founders of Coletivo das Minas (2012) and FEME (2016), pioneering urban art initiatives in Vitória (ES). Her artistic work is materialized through multiple mediums, skills and scales, with a thorough investigation into the blue color, used to enhance the power of black and diverse bodies. “The ultramarine blue applied to the mantle in Botticelli’s The Virgin Adoring the Child [1490], was more expensive than gold and considered a social status icon, historically used by white people. In my work, I subvert this issue,” explains Kika, whose investigations also approach subjects such as the social place she occupies as a woman, black, LGBTQIAP+ and resident of a state with high violence rates against these peoples.