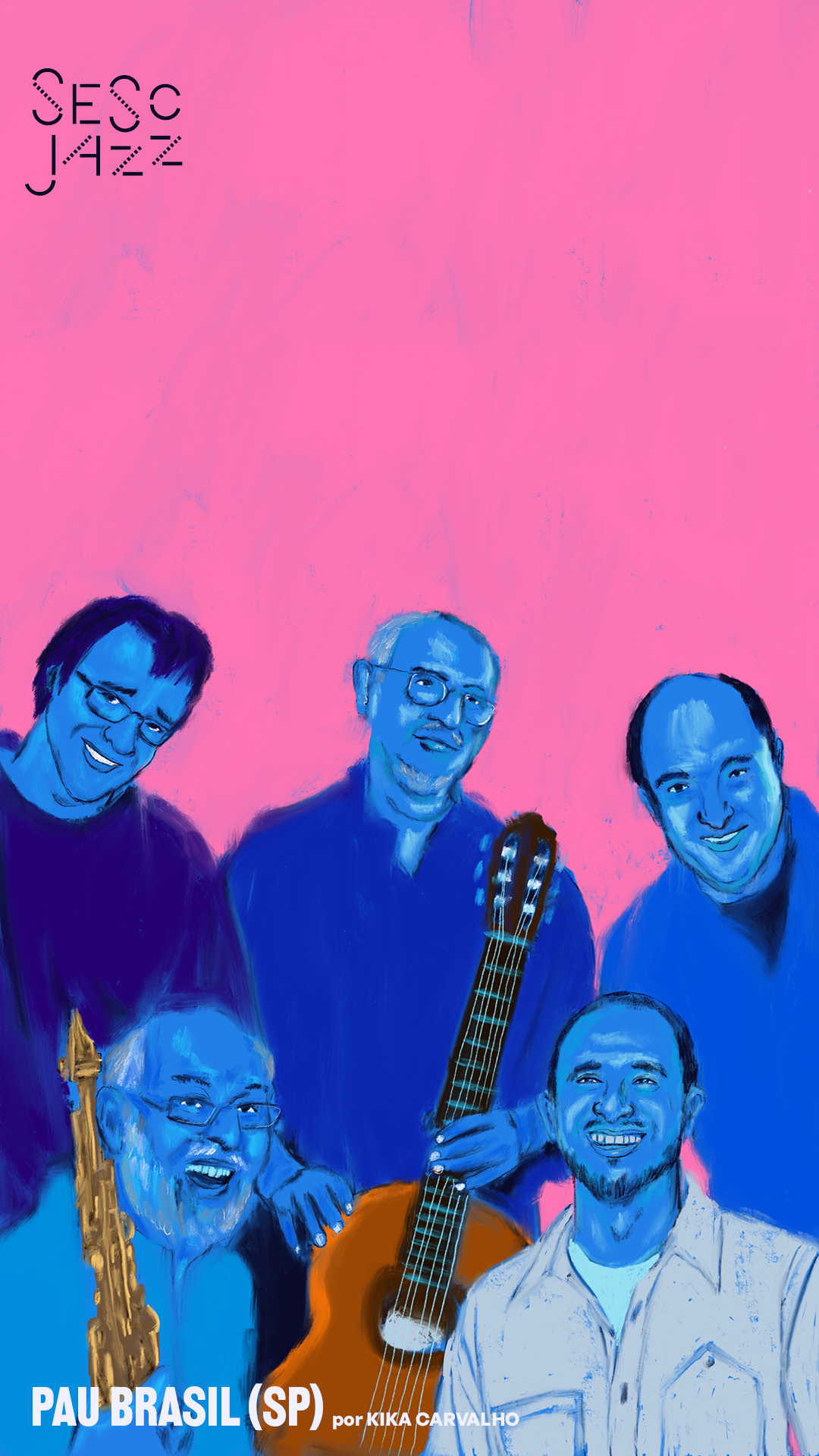 Formed by some of Brazil’s most talented musicians, Pau Brasil celebrates their 40th anniversary in their favorite way: on stage, musicians in action, joining their talents and at the service of a Brazilian music that’s at the same time primitive, contemporary, classical, popular, improvised. “We created a Brazilian language that feeds from the nuances of Brazil, Africa, Europe and the US. It’s our juice. There is no sealed material and the music belongs to all. Pau Brasil became a sound,” defines bassist Rodolfo Stroeter. This collective spirit is present in the band’s DNA, that builds the themes together, adds and subtracts elements and fine-tunes new arrangements for compositions like “Juazeiro”, by Luiz Gonzaga and Humberto Teixeira, that received an intro followed by a suite, or the fusion of “Rancho Fundo”, by Lamartine Babo and Ary Barroso, with “Ária da Bachiana nº 4”, by Villa-Lobos. Anxious with their return to Sesc Pompeia, they celebrate: “That stage is a home where we launched new works and hold warm memories,” says Stroeter.