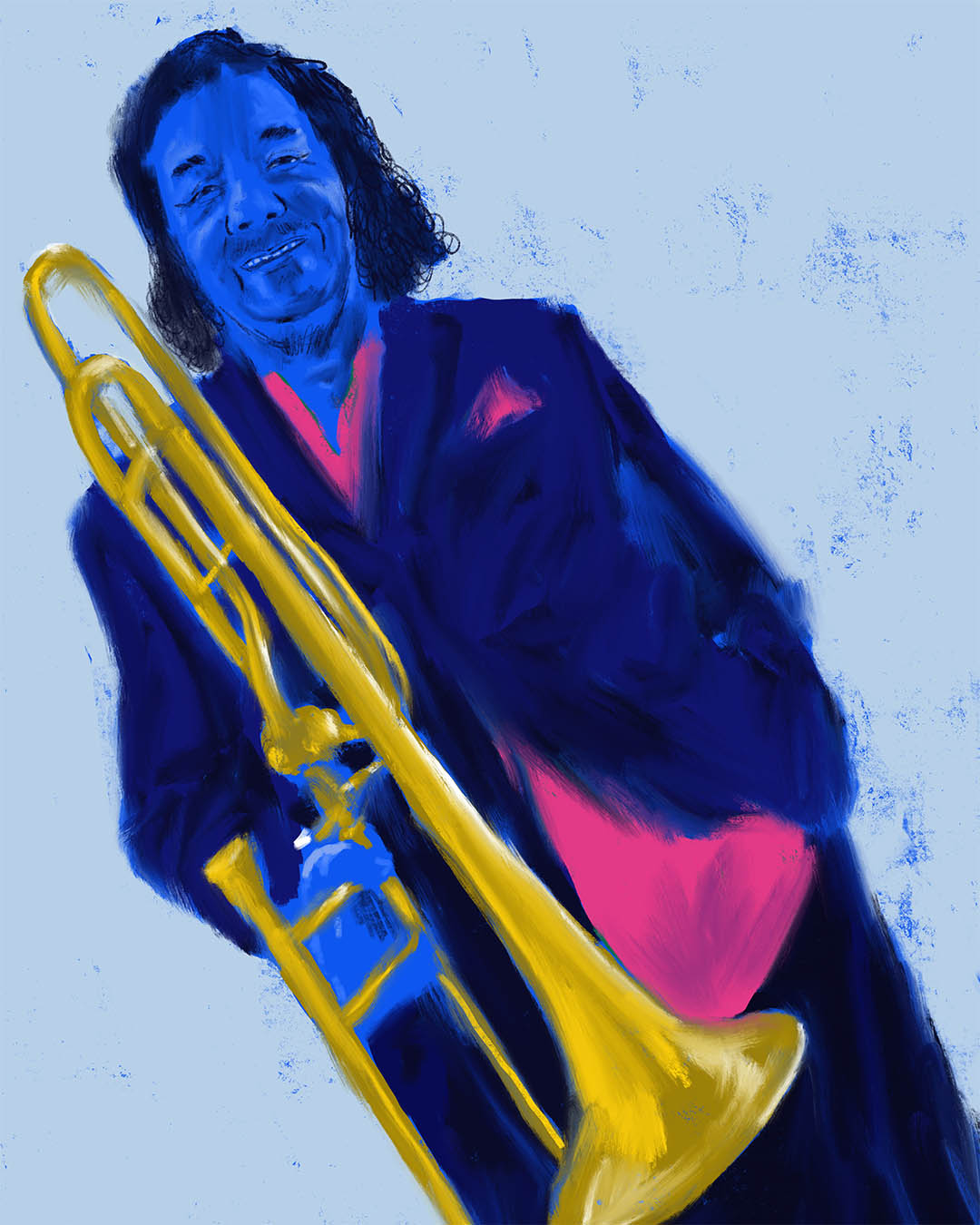 “He always had a smile on his face and the trombone in his hands”. That’s how musicians, friends and fans remember Raul de Souza (1934-2021), one of the world’s greatest trombonists and creator of an instrument named after him, the Souzabone. In this tribute, his backup band – formed by Glauco Solter (bass), Mario Conde (guitar), Fabio Torres (piano) and Serginho Machado (drums) – is joined by special guests such as trombonists Bocato and Sérgio Coelho and saxophonist Hector Costita. A breathtaking testimonial by journalist, writer and biographer Ruy Castro, personal friend of Raul de Souza, whom he called “the ace of samba-jazz”, was specially produced for this concert, that includes Souza’s classics like “À Vontade Mesmo” (1965), “Yolaine”, written in honour of his wife, as well as others he enjoyed playing, such as “Ligia”, by Tom Jobim, and “Noa Noa”, by Sérgio Mendes. As well, of course, as much improvisation, as was his way.